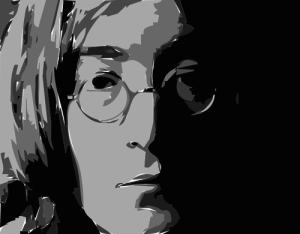 During an interview, a tidily dressed David Bowie did a good rendition of Lennon, voice-wise. It was abrupt but went over well.

Allen Ginsberg played finger cymbals and wore black. Ginsberg had a knack for mantra, and children loved him.

Was William Carlos Williams swallowed up by the forest? (The doctor chuckles as he sinks into the white beyond.) Maybe it was a happy death? END_OF_DOCUMENT_TOKEN_TO_BE_REPLACED